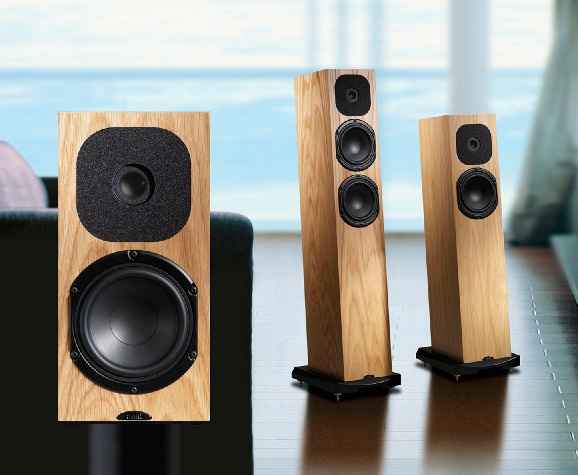 Superior Mundorf components have now been incorporated into a new simple three-element crossovers. The SXs will be single wired as standard. Bi-amp terminals are available at extra cost; however, is not recommended unless the speaker is to be bi-amplified.

The internal bracing and damping have been upgraded and the LF tuning optimised for each model in order to achieve excellent bass extension and control from such modest enclosures. The HF units now operate in their own enclosures to minimise driver crosstalk.

Both floorstanders have a bass reflex port that exhausts through the bottom panel of the cabinet and plinth. The plinth provides additional stability, clearance from the floor for the port and a rearward tilt for a more cohesive sound from the drivers at the listening position.

A matching centre channel the Motive SXC will be available in black oak finish only.

The new Motive SX range was launched to North American consumers at the recent Rocky Mountain Audio Fest.  Specific pricing has not been announced though models are expected to fall between $1000 and $3000 U.S.  Look for more information to become available at: www.neat.co.uk.