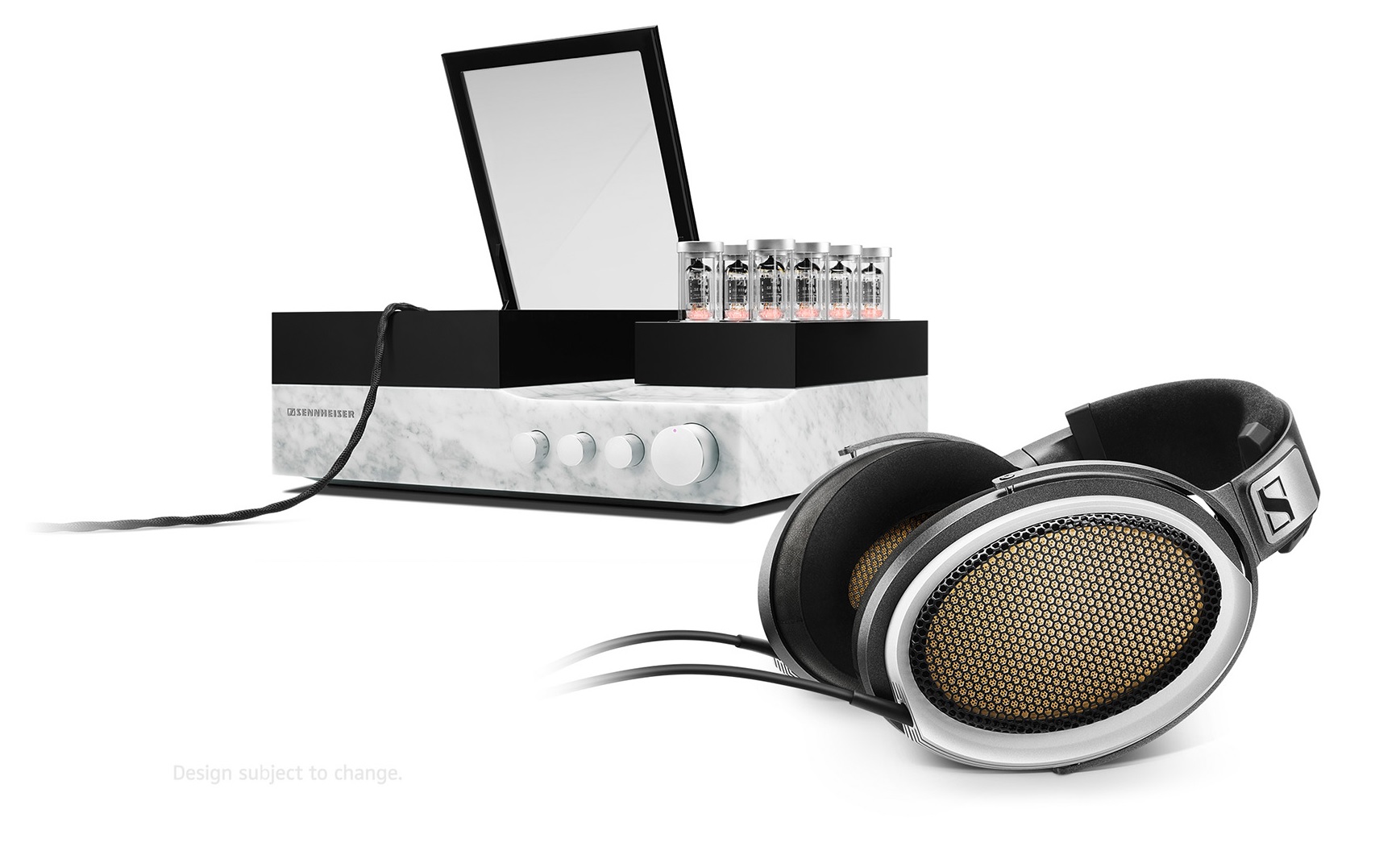 The Sennheiser team of experts have spend almost a decade in developing the new Orpheus. It uses an innovative amplifier concept that brings together tubes with transistors for amplification.

The Orpheus, when inactive, has a simple appearance, as all the components are retracted, leaving its sculpted lines to be appreciated. Pushing the power / volume control brings the Orpheus to life – the control elements, each of which are crafted from a single piece of brass and then plated with chrome, slowly extend from the marble housing, before the vacuum tubes enclosed in quartz glass bulbs rise from the base and start to glow. Finally, a glass cover is raised, allowing the headphones with ear cups finished in genuine leather to be removed.

The Orpheus is comprised of more than 6,000 components, each specifically chosen for outstanding acoustic performance. These audio specialist exclusive components include: gold-vaporized ceramic electrodes and platinum-vaporized diaphragms. The marble that Sennheiser chose for the amplifier housing comes from Carrara in Italy and is the same type of marble that Michelangelo used to create his sculptures.