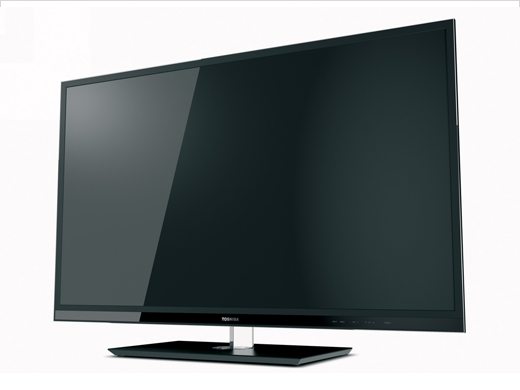 The lineup offers Canadians ultra-thin cosmetic designs and a range of connectivity options for a superior home entertainment experience. The new series are complemented by the release of two Blu-ray Disc players – the BDX2200 and BDX4200.

Toshiba offers consumers the choice between a Dynamic (Active) 3D option with the UL610 series and a Natural (Passive) 3D experience with the TL515 series.

The Next Level of 3D
Toshiba’s exclusive CEVO Engine takes 3D home entertainment to a whole new level through the combination of three key 3D technologies:

Connected to the World
With built-in Wi-Fi capability, the TL515 and UL610 series keep consumers connected to more than just the latest television programming for an all-in-one home entertainment experience. Toshiba Enhanced Net TV 1 offers personalized content with just a few clicks of the remote through Yahoo! TV Widgets.  Whether you want to catch the latest releases on Netflix, engage with friends on Facebook, or explore your family’s latest content on YouTube and Flickr, Toshiba Connected TV makes thinking outside the box simple.