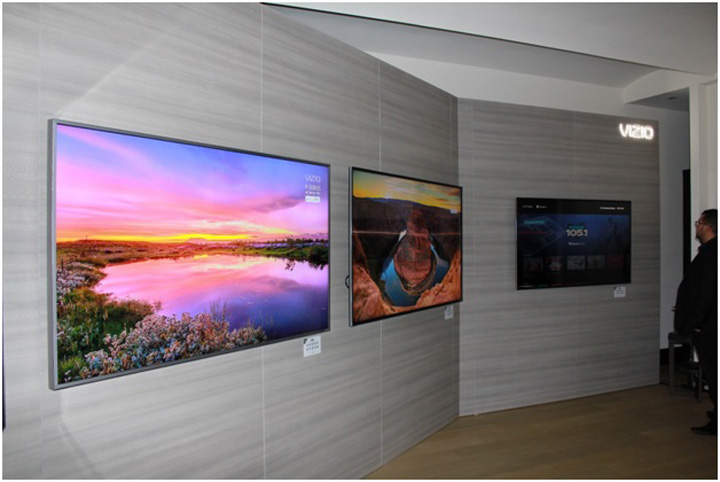 Recently, I had the privilege of attending a VIZIO event to showcase the company’s 2017 product lineup. VIZIO rented the entire floor of a hotel in New York City and set up various displays and demonstrations throughout.  Not surprisingly, the demonstrations began with TVs, which are clearly a staple of the company’s product line. In particular, VIZIO set up 2017 M-Series and P-Series displays along with a Google Home voice-activated speaker system. The VIZIO displays and Google Assistant interacted seamlessly. VIZIO staff and visitors were able to control the TV beautifully, with natural voice commands. The voice control was responsive and accurate, somewhat reminiscent of the computer on the starship Enterprise.  Furthermore, the displays also integrated flawlessly with VIZIO’s SmartCast Mobile app. This app allows you to turn your smartphone into a powerful touchscreen remote, and lets you stream content to the big screen and control other apps.

VIZIO places a great deal of emphasis on picture performance and the quality of the picture in its 2017 lineup is better than ever.  In addition to featuring both HDR-10 and Dolby Vision compatibility, the M-Series includes VIZIO’s XLED Plus technology, as well as a 32 zone full-array local dimming backlight system. Furthermore, the M-Series color palette boasts over 1 billion colors. The step-up 2017 P-Series pushes the envelope even further by incorporating VIZIO’s XLED Pro system and an awesome 128 zones of local dimming. The P-Series also offers more than a billion colors. All this tech delivered, and the resulting picture quality was absolutely fantastic.  Rich vibrant colors, amazing contrast, incredible detail and wonderful blacks characterized these sets.

VIZIO doesn’t just make empty claims either, they back them up too. They had setup three side-by-side demonstrations of 2017 VIZIO sets versus competitor models costing much more. In the first and second demos, the differences were pretty dramatic. VIZIO’s dynamic range, colors and details were clearly superior. VIZIO’s full-array local dimming was also unequivocally superior to the competitor’s edge-lit system. The third demo was really interesting as it pit a VIZIO against a far more expensive OLED set. The OLED did achieve the deepest blacks but the difference wasn’t huge. In some ways, the VIZIO performed even better than the OLED and for far less money. A very impressive feat indeed.

Comparison 1: A 2017 VIZIO set (left) side by side with a more expensive competitor’s set. Both TVs are right out of the box without any calibration. The VIZIO’s colors, dynamic range and detail were clearly superior to the competitor.

Comparison 2: A 2017 VIZIO set (left) side by side with a more expensive competitor’s set. Both TVs are right out of the box without any calibration. Ouch! Just look at those black bars. VIZIO’s full-array local dimming was unequivocally superior to the competitor’s edge-lit system. 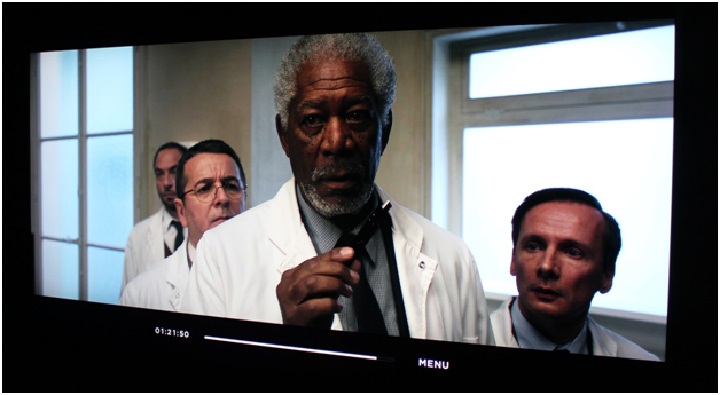 Comparison 3a: 2017 VIZIO set versus a competitor’s much more expensive OLED set. This image is from the VIZIO TV. 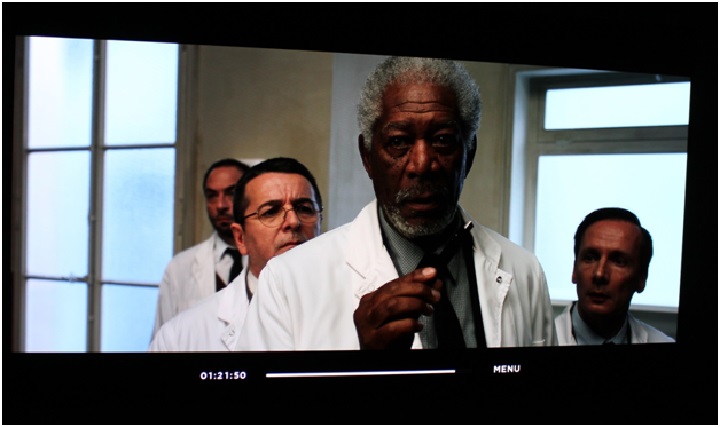 Comparison 3b: 2017 VIZIO set versus a competitor’s much more expensive OLED set. This image is from the OLED TV. As you can see, the result is very similar. 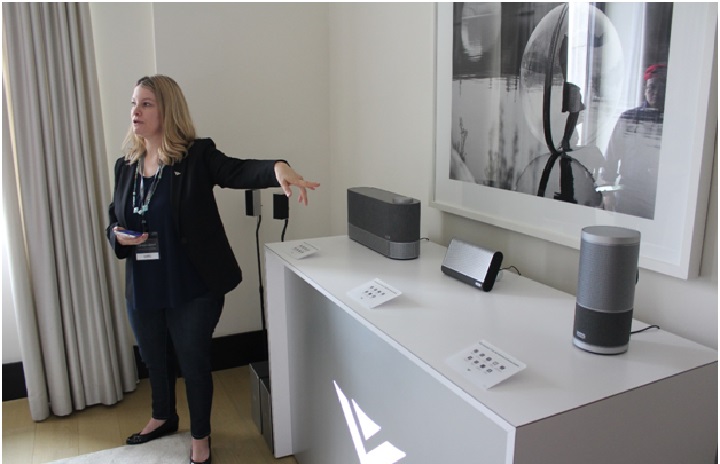 Last but not least, we explored VIZIO’s Crave wireless multi-room speakers and SmartCast sound bars. All three wireless speakers shown above are SmartCast and Bluetooth compatible and sounded great. While the Crave Pro is a plug-in unit, the Crave Go and Crave 360 are portable. These models feature an internal battery providing up to 6 and 8 hours of use, respectively. VIZIO also showed off its 2017, 5.1 channel sound bar systems. These soundbars are slim and elegant but packed an impressive punch when paired with the VIZIO Slim Profile Subwoofer. The 5.1 system uses small satellite speakers for the rear. A pair can be seen under Candace’s left arm in the photo above. 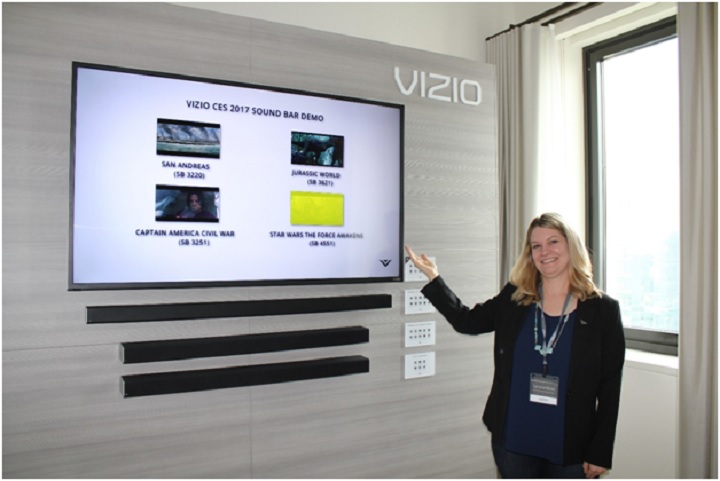 VIZIO prides itself on providing exceptional value with its products. Whether you’re considering a TV, wireless speakers or a 5.1 channel sound bar system, VIZIO has hit it out of the park for 2017. All of these products really shine especially when you consider their very reasonable pricing. It’s really worth getting excited about this year’s offerings from VIZIO.

For more info, head over to www.vizio.com