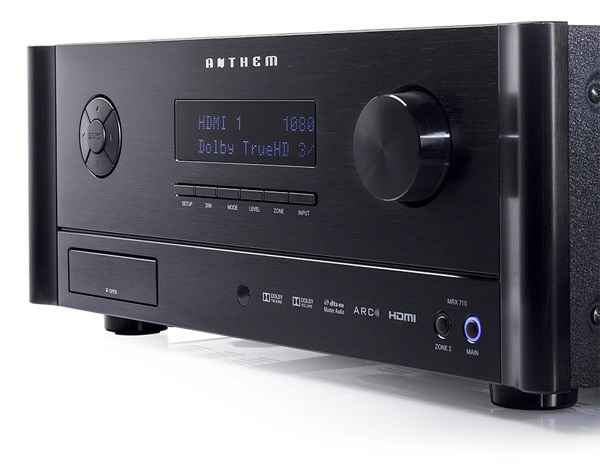 Anthem Electronics, the sister company of Paradigm Electronics, has just annouced their next generation high-end A/V receivers: MRX 710, MRX 510 and MRX 310.  The new receivers have an expanded, highly flexible command feature set including drivers for popular control systems, as well as remote control apps for Android and iOS (Apple) devices.  Aesthetically, the updated MRX receivers feature a sleek, minimalist front panel and well-organized back panel.  A new version of Anthem Room Correction (ARC 1M) is also part of the package.

ARC 1M
The software and microphone kit are again included as part of the MRX offering. ARC 1M connects via Ethernet, enjoys a higher level of digital signal processing and offers users the option to print ‘before and after’ room-measurement graphs.

Power
MRX 710 and 510 feature 7 channels of power, while the MRX 310 (due out early 2014) is a 5-channel unit.  All models feature Anthem’s proprietary Advanced Load Monitoring, designed to keep a constant eye on output.