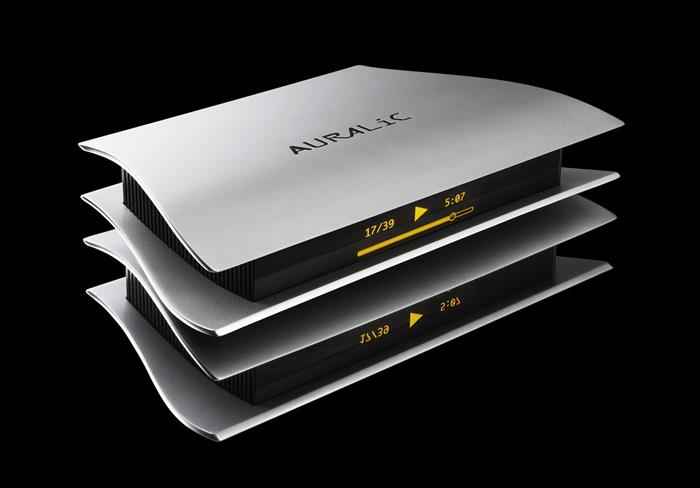 AURALiC’s ARIES Streamer Bridge claims to be the industry’s first whole-house, high-resolution wireless streaming solution that supports both Double-Rate DSD and DXD.  The is designed as a “bridge” between music files on a home network or high quality online streaming services and a listener’s DAC — enabling DACs for the first time to stream high-resolution music quickly and wirelessly in virtually any sampling rate, including DSD, Double-Rate DSD and DXD.

The inputs of ARIES include Dual-Band high-speed WiFi, Gigabit Ethernet and USB 2.0 port. The outputs are USB audio host buffered by AURALiC’s patented ActiveUSB technology; low jitter digital audio outputs: AES/EBU, Coaxial and TOSLINK. The USB audio host can deliver PCM from 44.1 to 384 KHz at 16-, 24- and 32-bit resolutions as well as DSD, Double-Rate DSD for compatible USB DAC. The other digital outputs are limited to 192 KHz at 24-bit in maximum according to S/PDIF standard.

By using OpenHome structure which is adopted by U.K-based streaming solution manufacturer Linn, ARIES as well as all other Lightning based products support several advanced functions such as on-device playlist that allow control software to turn off during play and complete supporting of multi-room, multiple control points — functions that are not part of the legacy standards of the Universal Plug and Play (UPnP) and Digital Living Network Alliance (DLNA). 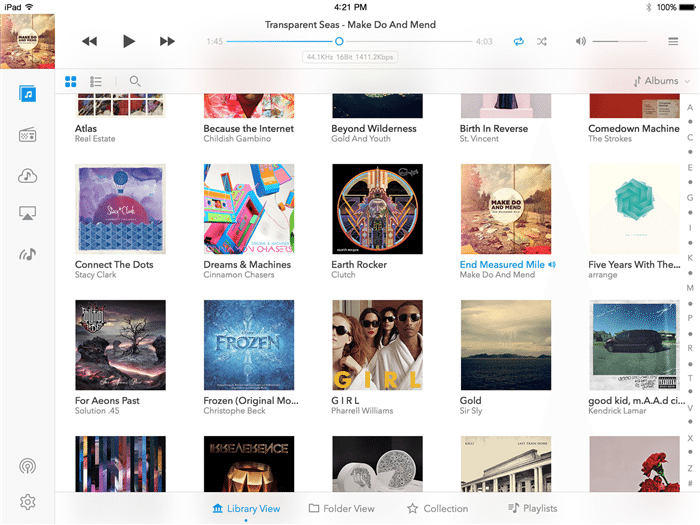 ARIES is bundled with AURALiC’s Lightning DS App – out now for Apple devices (Android version coming later). The App has the capability to fully control ARIES to browse your music libraries on your network-attached storage (NAS), to steam high quality music content from service providers like Qobuz and WiMP, to control the playback and to select the hardware settings such as output channel and WiFi network, etc. The App also supports Songcast, a music distribution service that allows users to map computer’s sound to any Lightning-equipped system and to map sound between different Lightning systems in the house and streaming sound though Apple AirPlay.

The Lighting DS App is available on the iOS platform now with two dedicated versions optimized for operation on iPad and iPhone, respectively. The Android version of Lightning DS App will be available by September 2014, followed with desktop versions that support both Mac and Windows PC by the end of 2014.  ARIES is also compatible with other OpenHome and uPnP AV based control software such as Linn Kinsky and BubbleDS, although those software do not support most of Lightning DS App’s advanced functions such as the online streaming and hardware settings.

ARIES also features a 3″ OLED display to let users view playback status, and an AURALiC RC-1 remote control to control basic operations such as Play, Pause and Select Track without needing to open the Lightning DS App.   The ARIES Streamer Bridge will be available in two models, with shipments starting in June:

The two models, in handsomely designed enclosures as futuristic as the technology inside, are identical in computing calculation ability; software function and upgrade support plan in the future.