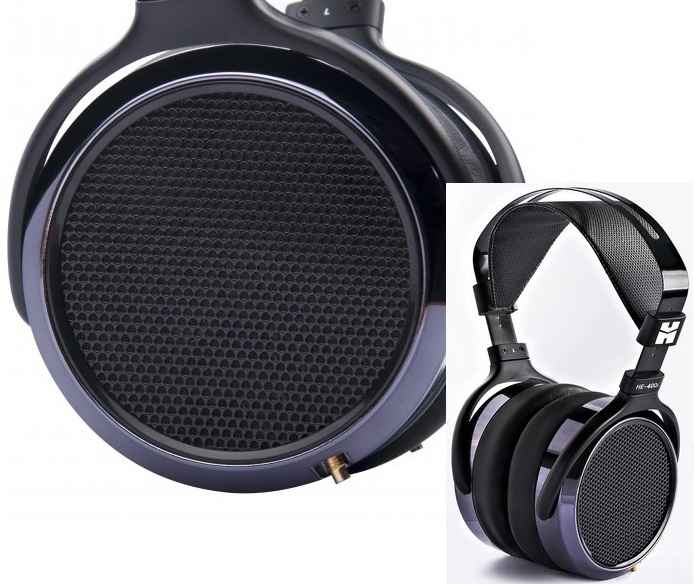 HiFiMAN has announced their newest full-size planar magnetic headphone, the HE-400i.  The new HE-400i replaces the company’s HE-400.  The new HE-400i is lighter, more comfortable and has a higher efficiency that makes it easier to drive with mobile devices.

The new HiFiMAN HE-400i is now lighter than every and incorporates a newly-designed headband that along with being lighter has an improved pressure pattern that substantially increases comfort.  The FocusPad, which is a new beveled hybrid ear pad made of pleather and velour, provides increased comfort and improved sound quality.  Gloss ear cups are finished in a smoky gray Mylar finish, providing a stylish and contemporary look.

The HE-400i has newly-designed single-ended drivers in open-back design for a lifelike soundstage and spatial imaging.  Efficiency has been increased to 93dB, allowing the new HE-400i to be driven with a portable audio devices at a high performance level.  A newly-designed premium cable, comprised of Crystalline metal featuring Oxygen-free copper and Oxygen-free silver is included as standard.

The former HE-400 is reported as beign the company’s best-selling, full-size headphone; however, owners did express a want for a lighter version with the same level of performance.  Leveraging the designe of HiFiMAN’s own HE-560 model, improvements to the HE-400 were developed.  Key to the increased comfort of the new HE-400i is the lighter improved headband combined with the FocusPad beveled ear pad.  Along with the combined performance improvement that have been acheived with a redesigned driver and premium cable – the new HE-400i should only prove to be more succesfull then its predecessor.

Key Features of the HiFiMAN HE-400i:

The new HiFiMAN HE-400i will have a MSRP of $499 U.S. and is available begining in August.  Look for more details at: http://hifiman.com/