Mass Effect 3 Available Now for the Xbox 360, PS3 and PC (Video after the jump) 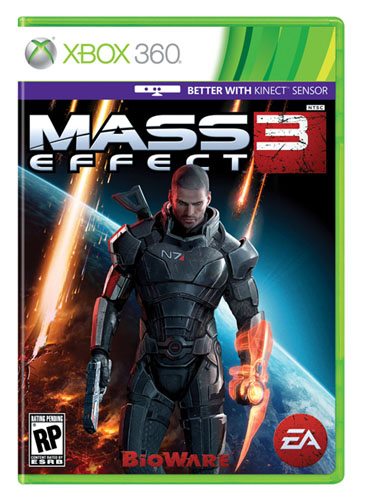 Commander Shepard returns as one of this year’s most anticipated video games hits the store shelves!  Aside from its incredible game play, Mass Effect 3 also offers cutting edge graphics and multi-channel audio.  This is an absolute must-have for video gamers and home theatre enthusiasts.

Mass Effect 3 from BioWare, a Label of Electronic Arts Inc., is now available at retail stores in North America and will be launching in Europe on March 9. The highly anticipated game has been praised by critics for delivering deep, interactive storytelling and adrenaline-pumping action on a huge scale. Mass Effect 3 has already received perfect scores from a wide variety of outlets around the world, including MSNBC, Game Informer, USA Today, G4 TV, Eurogamer (UK), The Guardian (UK), Official Xbox Magazine (UK), PlayStation Official Magazine (UK), Eurogamer (IT), Game Reactor (SE), Atomic Gamer (AU) and more. Entertainment Weekly declared that “Mass Effect 3 isn’t just one of the videogame events of the year. It’s one of the pop-culture events of the year.”

Mass Effect 3 thrusts players into an all-out galactic war to save mankind from an ancient alien race known only as the Reapers. Players will assume the role of Commander Shepard, a war-torn veteran who’s willing to do whatever it takes to eliminate this nearly unstoppable foe. With a team of elite soldiers at their side, each player decides how they will take Earth back, from the weapons and abilities they utilize to the relationships they forge or break. Mass Effect 3 also features the Galaxy at War system, where players will have the option to fight the galactic war on multiple fronts. The system includes the franchise debut of co-operative multiplayer, as well as two iOS-exclusive apps, the cover-based, third-person shooter, Mass Effect Infiltrator, and the Mass Effect 3 Datapad. Progress made in each of these components will directly link back to the player’s main campaign, helping Commander Shepard rally the forces of the galaxy to eliminate the Reaper threat once and for all.

Also today, BioWare released Mass Effect 3: From Ashes. This downloadable content pack is included in the Mass Effect 3 N7 Collector’s Edition and Mass Effect 3 Digital Deluxe Edition, and BioWare is now offering this gripping new adventure to all gamers who could not secure a copy of either special edition.

In Mass Effect 3: From Ashes, Commander Shepard will discover an ancient Prothean artifact that could turn the tide in the war to take Earth back. Players will take on a dangerous mission during Earth’s final hours to retrieve this critical piece of lost technology, and travel to a remote human colony to secure the artifact before the shadowy, pro-human organization, Cerberus, captures it for their own plans of domination. This optional content is included in the Mass Effect 3 N7 Collector’s Edition or Mass Effect 3 Digital Deluxe Edition or can be purchased on Xbox LIVE, PlayStation Network and PC for $9.99 or 800 Microsoft Points starting today.