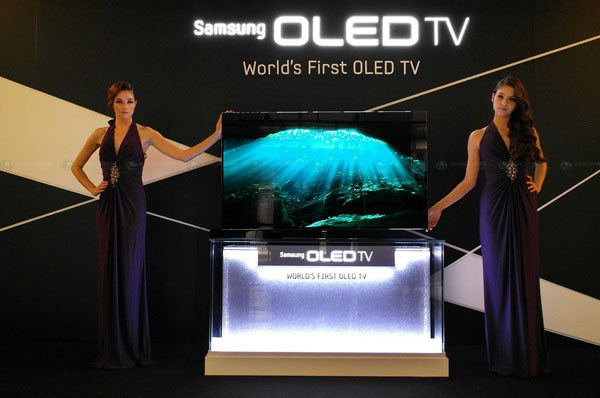 Samsung Electronics has just announced its market strategy on large premium smart TVs, while unveiling the world’s first mass production 55 inch OLED TV (model ES9500) at the 2012 Samsung Premium TV Showcase in Seoul.  Samsung said it will launch OLED TVs in the second half of 2012 in Korea, although a North American release date has not yet been defined.  However many sources predict that this TV will hit the North American market before the end of 2012.  The Samsung ES9500 will have a price of 10 million won, which is approximately $8,750 US.  For comparison, 55-inch LCDs from Samsung can be bought for as little as $1,000, while high-end models go up to $3,000.  During a press conference in Seoul, a company executive said it would take two to three years before OLEDs were widely available and at more affordable price points.