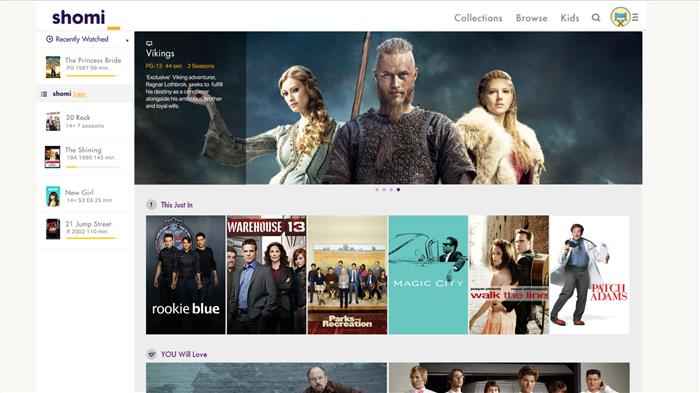 shomi, a new subscription video-on-demand service, promises to deliver a superior user experience and most popular content to Canadians this fall.  Available initially on tablet, mobile, online, Xbox 360 and set top boxes, shomi will launch in beta first to Rogers and Shaw Internet or TV customers.  shomi will be available starting the first week of November for $8.99 per month.

shomi features prior seasons of the most popular shows on TV today, iconic series from the past, cult-classic and fan-favourite films, as well as a library of family-friendly kids programming.  With exclusive past-season streaming rights to titles – such as Modern Family, Sons of Anarchy, Sleepy Hollow, Shameless, 2 Broke Girls, Vikings, New Girl, 24: Live Another Day, Chicago Fire, The Strain, and American Horror Story – along with first-window premieres, it’s more bang, less blah.  shomi combines a team of programming experts with algorithmic technology to help you pick what you actually want to watch – whether it’s finding hidden gems, rediscovering old favourites, or remembering why you fell in love with a title in the first place.

shomi the numbers (and this is just at launch, with much more exciting content to come!):

Enhanced features include trailers and factoids for movie titles to help customers make their selections, while a visually appealing interface delivers a theatrical experience.  With up to six profiles per account, shomi offers a great solution for the connected home, as customers can watch on two devices and their set top boxes – all at the same time.

shomi is a joint venture owned equally by Rogers Communications and Shaw Communications. shomi will operate as a standalone entity with its own management structure.