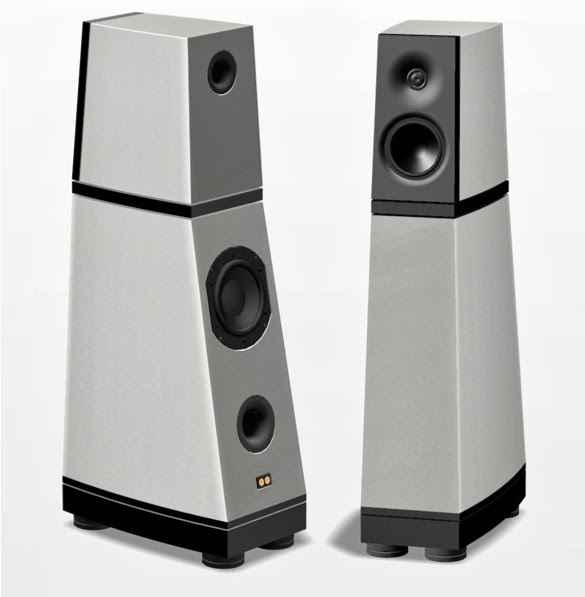 In January of 2015, Verifty Audio will be celebrating their 20th anniversary.  To commemorate this milestone, Verity Audio has just introduced their latest generation Parsifal loudspeaker – the Parsifal Anniversary loudspeaker.  From design, cabinetry and technology, the new Parsifal Anniversary is set to raise the performance bar over any previous acheivement.

With the new Parsifal Anniversary, traditional floor coupling spikes are now gone, replaced with high performance floor-coupling isolation platforms.  The new cabinet and a new driver integration topology are specifically designed to enhance the sound intelligibility and coherence, along with substantially improved definition and harmonic richness.

The unique cabinetry is uniformly lacquered on all sides as a single piece cabinet, with no visible joints.  The finish is Italian piano lacquer.  The design is a 3-way full range loudspeaker that incorporates a 1-inch double-ring tweeter, a proprietary 5-inch midrange and a proprietary 8-inch woofer.  The woofer is rear firing and housed in a bass reflex cabinet.  The tweeter is the closest thing to Verity’s ribbon tweeter, providing reproduction up to 50 kHz.  Both the midrange and woofer are optimized for maximum cone rigidity without breakup resonance. They use the same mineral-filled cone found on most Verity loudspeakers. These unique drivers have been specially designed for low distortion, dynamics, and high power handling.
The new Parsifal Anniversayr will be priced at approximately $25,000 U.S. / pair.  Look for more details to be announced at: www.verityaudio.com.