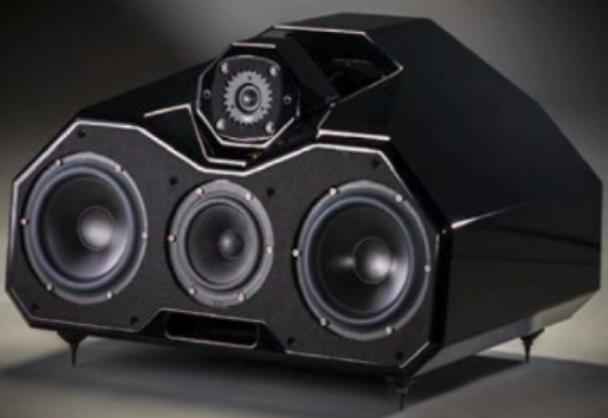 Wilson Audio created the original Mezzo loudspeaker to have a sonic signature matching their Sasha W/P; within a low-profile package for use as a centre channel.  Accomplishing this feat was helped by the use of a driver complement identical to the Sasha, with the exception of the midrange driver, which was in the case of the Mezzo, borrowed from the Alexandria XLF. Whether used as a center channel in conjunction with the Sasha, MAXX, or Alexandria, or alternativly as a main loudspeaker, the Mezzo matched the tonality, dynamic speed, resolution and sophistication of the original Sasha W/P.

The Convergent Synergy tweeter’s acoustic and mechanical demands are somewhat different from the titanium tweeter it replaces. Using the latest version of Wilson’s proprietary composite, X-material, Wilson’s engineers designed an all new tweeter module with inert and non-resonant qualities that increase dispersion and address diffraction—a type of time-domain distortion that results from reflections off the speaker cabinet.

Two stands are available: an Hourglass Stand with a solid front plinth that allows for 2? Steradian support of the midrange and woofer drivers or a second optional custom-order stand with different length pedestals to optimize for different cinema screens.