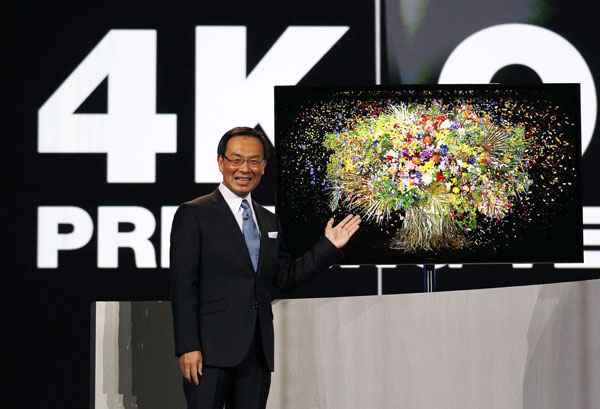 The show-stoppers for both Sony and Panasonic at this year’s CES are 56-inch TVs which combine two of the hottest technologies: OLED and 4K (Ultra HD) resolution.  The two companies began collaborating in mid-2012 on the development of the OLED TV technology and are showing their first prototypes at CES 2012.  The 56-inch screen sizes happen to one-up the size of the OLED TVs shown by rivals LG and Samsung by 1 inch.  Both prototype TVs are produced using a printing-based technology which is said to be easier to mass-produce large 4K screens.  Both offer a native resolution of 3840×2160 pixels.  The Panasonic TV is a mere 8.9 mm deep and weight just 12.9 kg. Sony did not unveil the specifications of its set.  A potential released date or pricing have not yet been revealed.

Also during the Panasonic press conference, the company showed a 20 inch tablet with a 4K screen.  The tablet will run on the Windows 8 operating system and come with a stylus.  Release date and pricing were not announced.