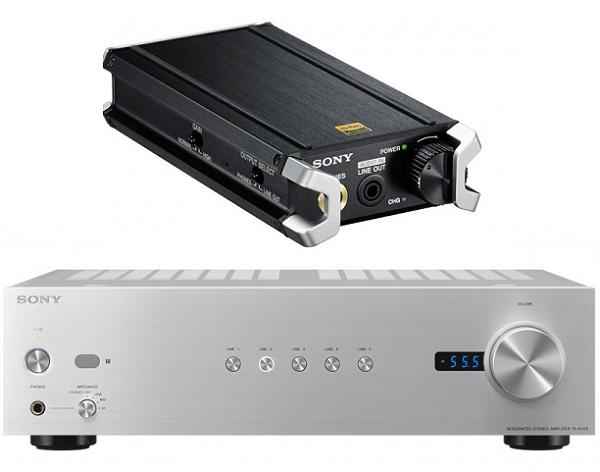 The new PHA-2 portable headphone amplifier is claimed to be the first portable DAC/amplifier that is compatible with virtually every high-resolution digital file format, including up to 192 kHz/24-bit PCM and both DSD (2.8MHz) and Double DSD (5.6MHz).

The PHA-2 is enclosed in a durable shielded aluminum chassis with zinc die-cast bumpers for protection of the volume control and headphone connector.

The PHA-2 can be easily connected to both PC and Mac computers via its USB 2.0 interface, and also includes a dedicated digital input for iPod, iPhone and iPad products. Analog audio inputs support connection of virtually all other audio sources. The PHA-2 comes with a built-in Lithium-ion battery which runs up to 6.5 hours with a digital connection and up to 17 hours with an analog connection on a single charge.

The power amp stage of the TA-A1ES features Smart Bias Control for Class-A operation and a Single Push-Pull Hi-Current Amplifier. Using a single pair of transistors to eliminate variations in each channel at the source, as well as variation controlling emitter resistance, allowing the transistors to drive the speakers directly, for a more neutral sound. A proprietary 300 VA toroidal transformer is utilized with a capacitors delivering 24,000?F per channel.