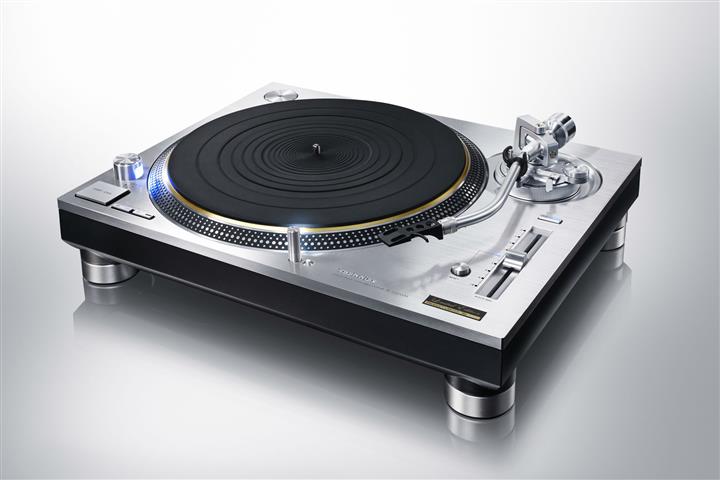 Due to the widespread use of CDs and digital music downloads, turntable systems have been absent as major competitors in the audio market; however an ever increasing consumer interest in vinyl records has prompted the launch of a new system for Hi-Fi use.

Direct drive turntable systems have been beloved by Hi-Fi enthusiasts since their introduction by Technics in 1970. However, one problem that direct-drive systems have always faced was the possibility of sound quality degradations caused by ‘cogging’, or tiny vibrations of the motor and rotational speed fluctuations. By combining the knowledge and expertise gained as the originator of direct-drive turntable systems with a newly developed coreless direct-drive motor without an iron core, this ‘cogging’ can be eliminated. Any potential minute motor vibrations are suppressed even further by high-precision rotary positioning sensors guided by a microprocessor controlled system; a feature unique to the new Technics Grand Class Direct-Drive Turntable System SL-1200G.

The Technics Grand Class Direct-Drive Turntable System SL-1200G aims to provide the smoothest possible rotary control by the use of an encoder at the bottom of the motor which detects the precise rotating angle.

The platter has three-layered construction consisting of a rigidly combined heavyweight brass top surface, aluminum die-cast center and a deadening rubber material covering its bottom surface. This eliminates unnecessary resonance, achieving high rigidity and vibration damping. The smooth rotational stability and inertial mass even surpasses the Technics SP-10MK2, the direct-drive turntable standard used in the past by broadcast stations worldwide.

The tonearm employs a lightweight material1 which has been cold drawn to improve the characteristics of the material and increase the dampening effect.

In addition, high initial-motion sensitivity is attained by employing the traditional Technics gimbal suspension construction with the horizontal rotation axis and the vertical rotation axis intersecting at a single central point, as well as high-precision bearings using a cut-processed housing.

A 10-mm-thick top panel of immaculate aluminum has been added to the previous three-layered construction of aluminum die cast, Bulk Moulding Compound (BMC) and heavyweight-class rubber. This four-layered construction combines high rigidity to reduce resonance with a premium finish and feel.

The Technics Grand Class Direct-Drive Turntable System SL-1200G will be available in the Fall of 2016 and will retail for $4999.